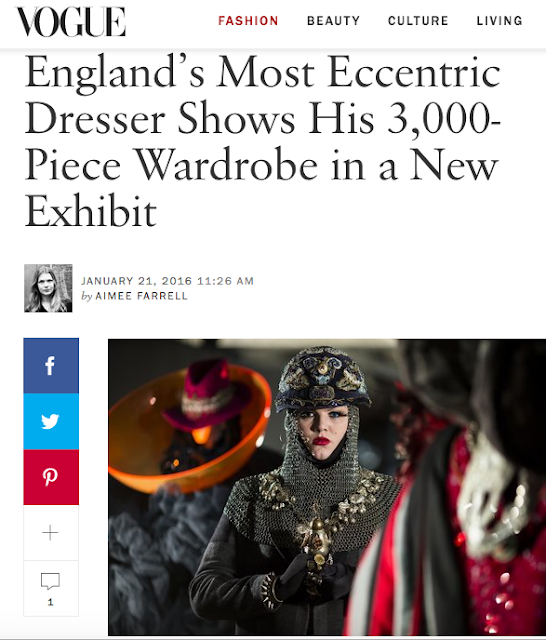 England’s Most Eccentric Dresser Shows His 3,000-Piece Wardrobe in a New Exhibit.

Standing 6-foot-4 and with waist-length raven hair, anonymity has never really been on the cards for the 31-year-old British artist Daniel Lismore. Not that he’d have it any other way. Rather than trying to fit in as a U.K. teenager in the conformist Midlands, Lismore took style cues from David Bowie and Marilyn Manson, evolving his own offbeat dressing-up box aesthetic. What began as an exotic assemblage of global, cultural, and historical influences has transformed into inspired, regal looks that have earned him a reputation as the most flamboyant dresser in England, and caught the eye of brands like H&M, for whom he fronted the Close the Loop sustainability in fashion campaign.
Now the onetime Mario Testino model is the subject of a major exhibition titled “Be Yourself; Everyone Else Is Already Taken,” opening this week at SCAD FASH in Atlanta. Borrowed from a quote often attributed to Oscar Wilde, its title is a testament to the show’s positive intent—to explore the connection between dress and identity, and to assert the right to be truly individual. More than 30 of Lismore’s eccentric ensembles, which together comprise some 3,000 richly layered articles of clothing, accessories, trinkets, and baubles, will be on display. What’s more, the faces looking out from the show’s mannequins are cast directly from Lismore’s own visage, each carefully hand-painted to match his own striking makeup palette.

“It’s an army of me,” says Lismore of the show’s design concept, which takes the idea of clothing as armor to its logical conclusion with looks mimicking the layout of an imperial court, complete with emperors and warriors, kings and queens. It’s specifically based on the regimented formation of the ancient Chinese Terracotta Army: “For me,” Lismore continues, “when you put on your clothes, it’s like you’re going out to war in the world.” There are contributions too from Lismore’s many advocates, including Boy George and Angie Bowie and the designer Jean-Pierre Braganza, who have contributed everything from wigs to scarves to headpieces. Lismore has also collaborated with Creative Perfumers in London on a trio of scents—Out of Space, The Roaring ’80s, and The Animal—as an olfactory accompaniment to the exhibition.

To Lismore’s mind, we’ve never needed his self-assertive message more: “People are so caught up in what’s going on everywhere else, rather than in their own lives,” he says of society’s social media obsession. “We all follow trends, and yet the most amazing people come out of the woodwork when they don’t just follow fashion.” His ultimate mission is to inspire visitors not just to dress differently, but think differently. “Clothes mean everything to me,” says Lismore, who is often compared with the late performance artist Leigh Bowery. (Both reigned over legendary London club nights—Bowery at Taboo in the 1980s and Lismore at Boombox in the 2000s.) “The way I dress opens doors and it closes doors. It’s not just my image, it’s my whole identity.”

This is certainly a big moment for the artist. The exhibition coincides with a slated cameo in the film version of the BBC’s cult fashion world satire Absolutely Fabulous, due for release in the summer. There’s also his role as creative director of Sorapol, whose sumptuous gowns are worn by pop stars from Rita Ora to Nicki Minaj. The atelier is in the throes of preparing for its next show, which will be held in Paris in March. With so much going on, Lismore has to keep his sartorial edicts simple: “I go by color, texture, and shape,” he says. “The only rule is that there’s no such thing as too much. More is always more.”
“Be Yourself; Everyone Else Is Already Taken” opened onFriday, January 22 at SCAD FASH in Atlanta and was on view through till May 1 2016. 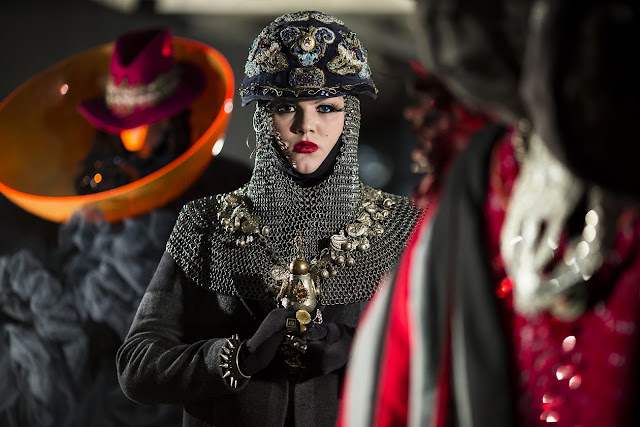 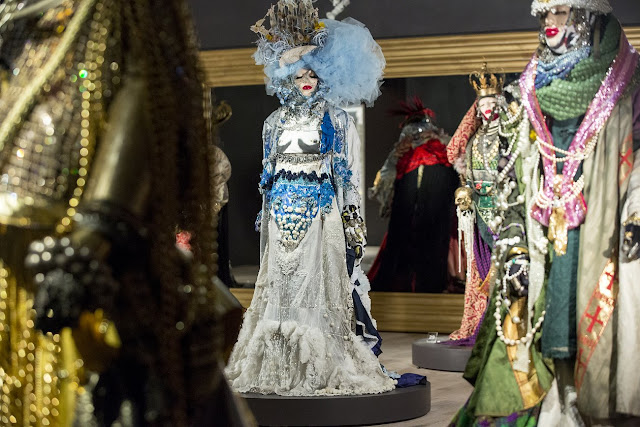 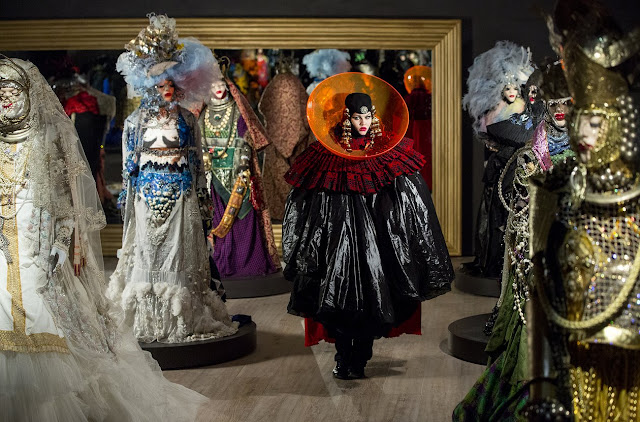 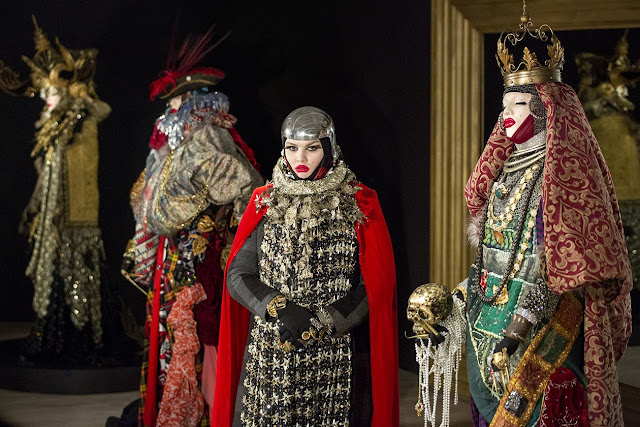