British fashion designer and stylist Daniel Lismore, joins BBC Radio 1 DJ Clara Amfo as the newest ambassador for the national Circuit programme in its final year.
Led by Tate and funded by Paul Hamlyn Foundation, Circuit is a four-year programme for 15–25 year olds built on Tate’s long-term work with young people, often with the least access to museums and galleries. Circuit invites young people to the arts through festivals, partnerships and peer-led programming and is delivered across the four Tate galleries and partners from the Plus Tate network: Firstsite, Colchester; MOSTYN, Llandudno; Nottingham Contemporary; The Whitworth, Manchester; and Wysing Arts Centre and Kettleʼs Yard, Cambridgeshire.
Circuit ambassadors Daniel Lismore and Clara Amfo will both play a part in the Circuit programme. A new series of Circuitfestivals partner at galleries Firstsite and MOSTYN on 14 October 2016.

Next series of Circuit festivals to open at Firstsite and MOSTYN

Firstsite in Colchester will host Circuit FLIPSIDE festival, a two-week gallery takeover that aims to flip audience perspectives through a combination of interactive installations, dance battles and a complete reimagining of the gallery space, while MOSTYNin North Wales will present Circuit GLITCH festival, which will take over the gallery and surrounding spaces with three days of ‘creative disobedience’  - a long weekend of live music, film, interactive exhibitions, virtual reality, robots and creative workshops.

Daniel Lismore has a unique approach to personal style and self expression and is Creative Director of fashion label Sorapol. He is a champion of ethical and sustainable fashion and is widely recognized as one of Britain’s most eccentric dressers and daring fashion figures.
To celebrate his role as the newest Circuit ambassador, Daniel joined members of Tate Collective London at Tate Britain, ahead of Late at Tate Britain: Mantra, on Friday 7 October, the fourth event in the 2016 series curated by young people as part of the Circuit programme. Daniel Lismore said:

Young people across the UK have really grabbed the opportunity to express themselves through the Circuit events they’ve masterminded over the past three years – fashion, art and music are so influenced by youth culture, it makes too much sense for young people to step up and put their own personal touch and creativity out into gallery spaces to be seen by as many people as possible. I’m excited to be a part of this landmark programme and I can’t wait to see what the young curators come up with for the new Circuit festivals.

Daniel is an excellent addition to our ambassador lineup; a true champion of inclusivity across the arts, and a young self-starter whose creativity has taken him to extraordinary heights, Daniel is a great example to Circuit young people of what is possible when you dare to turn your creative ideas into a reality. Our aim with Circuit was to demonstrate what young people can do and, provide them with the tools and guidance to do it – four years later, the programme has achieved significant positive impact for young people and the partner galleries. Our legacy programme in 2017 will be further testament to all the hard work, creative vision and personal development that’s taken place in the lives of these young people nationwide. 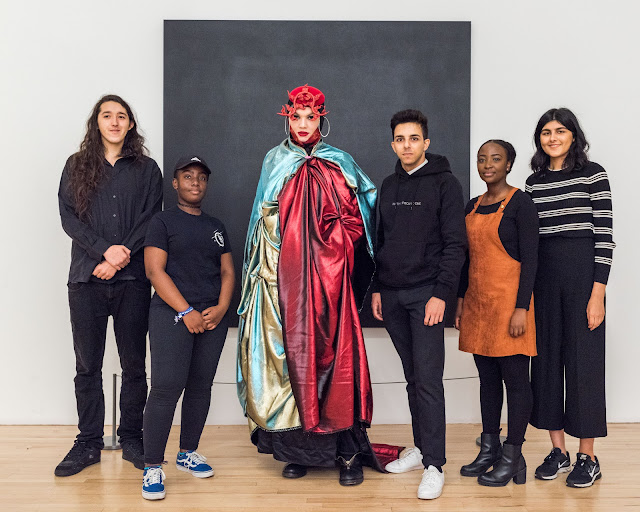 Hours after the Tate Britain closes on the first Friday of certain months, its numerous esteemed galleries are taken over by London’s youth, a selection of 15-25-year-olds who create one-off programs in response to the museum’s collection. A community building event first established in 2015, Late at Tate Britain engages young people—often from culturally deprived areas—with art, by having them curate exhibits for other young people.
“If you’re stuck in an area where you don’t have access to art, or anything culturally, I think you become a bit more close-minded,” says fashion designer Daniel Lismore. “When I first got to galleries, I was just blown away. Getting these young people into actually work at the Tate is so important because culture not only shapes us but these young people are going to shape the future of art.”
Lismore is the newest ambassador to Circuit, a UK national program that works within the youth sector to inspire social development and education through arts and culture, tackling issues such as racism, discrimination and inequality. Partnering with the Tate Collective—the art institution’s strand of events geared towards young people—Circuit strives to give opportunities to budding multidisciplinary creatives but also provide a social space where career potentials of any kind can be explored. 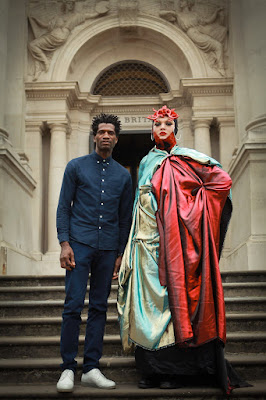 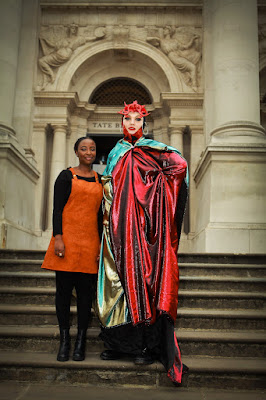 The new Circuit ambassador Daniel Lismore stands outside Tate Britain. Image: Tate
“It started with just the idea that young people were empowered enough to be within galleries and create programs for those galleries for other young people,” says Circuit lead Mark Miller. “It’s kind of rooted in social justice and this idea of radical education, that through informal learning you can empower people to see how they might construct or change institutions.”
In 2015, Culture at King's—part of King’s College London—released an inquiry into art access for young people, looking at how art policies had historically shaped youth engagement. The report, titled "Step by Step: arts policy and young people 1944-2014," recommended that government policies going forward should reflect narrowing the gap between affluent neighborhoods and disenfranchised communities, adding that more should be done within cultural institutions outside of the school system.
The Circuit program and its Tate partners concentrate on working with young people throughout Britain, its London focus looking at the four boroughs of Westminster, Ealing, Southwark and Tower Hamlets, all of which have high levels of cultural deprivation, according to data compiled by Arts Council England in 2010. Tower Hamlets, for instance, is ranked 7th out of the 353 local authorities in England for highest deprivation, whereas a more upscale area like Kensington and Chelsea is ranked 103. 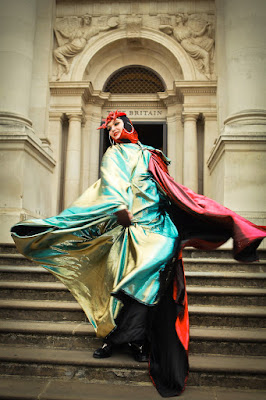 “We really work towards engaging a diverse audience and our target is BME (Black & Minority Ethnic) and lower social economic and we do that because traditionally galleries kind of audience are white middle class,” says Miller.

Along with providing access to the works of art already hanging in the museum, a Late at Tate Britain event sees a diversity of original artworks from various mediums produced by young people. Each piece is a young person’s reflection on themes surrounding a Tate artwork, most recently in October, Iranian artist Shirazeh Houshiary's Veil.
“It’s a different kind of event to go to that’s not just going to a pub,” a young woman who previously attended a Late at Tate Britain event tells The Creators Project. “For me, it was more like, there’s going to be music and spoken word in an art gallery, that sounds really interesting. And if you’re at an event like this, you’re more likely to engage in a conversation with someone next to you about art.”
Believing that art access should have no financial or regional boundaries, Circuit uses a holistic approach in its programming, telling the narratives of young people with its events, additionally ensuring that the art institutions remain in touch with youth culture, creating audiences for the future.
“You don’t have to be an artist, whatever that means, to be part of the program,” says Miller. “You can just be interested in being part of a group socially and see where that takes you. It’s also about how these programs connect young people to the wider social structures, barriers and understanding of pathways, whether it’s into their careers, well being or education.”
The next Late at Tate Britain will take place on Friday, December 2nd. Find out more here.