By
Staff Write
21/02/17: Fashion icon Daniel Lismore brought socialites, celebrities and industry legends flocking to Fitzrovia’s effortlessly sleek London EDITION Hotel last week for the launch of his book Be Yourself, Everyone Else Is Already Taken.
An unapologetically luxurious commodity, the beautifully embossed book is a kaleidoscopic chronicle of Daniel’s head-turning looks throughout his years as designer, model and muse.
Jodie Harsh spun her unique brand of homolicious house and debauched disco on the decks while David LaChapelle air kissed Lady Bunny, as models pouted from behind their cocktails and fashion journalists pretended they didn’t want the canapés.
Daniel held court at the doorway, graciously making a point of chatting to not just every single guest, but to every single guest’s plus one. Much like Daniel himself, the entire evening exuded true, genuine glamour, and uncontrived class.

Hi Daniel, It's great to finally chat! You've been labelled 'England's most eccentric dresser' (by Vogue). But how would you describe yourself and your approach to your art

I would describe myself as a freedom fighter, social alchemist or a connoisseur of culture. My art is an extension of my identity but acts as armour to the cruel world we live in. It's a magnet to the powerful and wonderful. I use my art to amplify my voice. Living as walking art has become part of my every day life.

What does the term 'fashion' mean to you?

I'm with Oscar Wilde on this one. "Fashion is a form of ugliness so intolerable that we have to alter it every six months." I think style is key if you want to look good. People should choose their own and stop copying others. It makes the world a more interesting place. You can follow fashion or create your own identity. Some don't think they have it in them so look to copying, when they really don't give themselves a chance. The moment I stopped trying to be something else was the moment life got better. Something clicked and I realised I had what I was looking for all along.

When designing pieces, what do you look to for inspiration, and is there anything in particular you avoid?

To avoid something is ignoring the whole picture. Mistakes often turn into great creations. I look for inspiration in everything and everyone. I can be as easily inspired sitting in a coffee shop on Old Compton street as going to a great art exhibit or traveling through exotic market places. I studied photography at college and the first thing I was taught was "open your eyes, look at everything"

What's your opinion of high street fashion in general?

It's good for those who are stuck in style or can't afford designer labels. It opens up trends to the mass and sometimes helps promote good causes but it also ruins struggling designers businesses when the high street copy. I've had designers from the high street come to my shows at fashion week and seen copies of our stuff in their collections months later. I was the face of H&M 'Close the loop campaign' recently. I think they are the best because they bring the fashion giants to the high street and promote recycling.

How do you feel when you're dressed in one of your pieces?

For my my outfits are for you putting on a T-shirt and jeans, things I don't own.  I maybe restricted in vision or walking, or arm, hand or neck movement but it's more interesting to me. I've had whiplash from chainmail and cuts and scrapes on my forehead from metallic head pieces but it all goes away in time. I used to wear 12 inch heels and could run up the street in them but as I grew older I lost that ambition.

How do you want other people to feel?

I don't mind. It's not my business. I anger people, confuse them, make them happy or provoked but it's their opinion. I'm fully aware people might react to my art or how I look naturally but I'm so used to comments good or bad that I stopped thinking about it. I used to think the way I look without the regalia was unusual so I threw on some jewellery and couture to give people a better reason to stare at me. Now I dress for myself. I'm a shy person and love it when people don't react at all!

I know you have had some negative reactions in the past, how do you deal with that?

I usually call the police straight away and report is. There have been time where I couldn't and have had to protect myself. I learned to either keep my mouth shut or to question calmly people's reactions. I just judge the situations as they unfold but I never answer back with insults.

What was growing up gay like for you? How did you come out?

I never had to out as gay. I came out as myself. My mother sat me in the kitchen one morning after a long night out in Birmingham in the gay bars, I had bleach blond hair and thick makeup residue from the night before. She turned off the tv and said "have you got something to tell me" I said no and she said "I know don't I" and she was fine with it. I was terrified before as I thought I was the only one in my village. I wasn't! But from then on my family let me do what I wanted to do and supported me 100%. I was bullied all the way through my life at school in Coventry but it made me strong.

What do you think children should learn at school that you didn't?

I'm not too sure but I believe they should teach about people being in LGBTQ in schools as it's a massive struggle for those who are.

Which LGBTQ bars/clubs did you go to when you came out and which do you frequent now?

I traveled to Birmingham when I first went out. There was Missing and Nightingales. I was obsessed by a drag queen Miss Mills, Chrissy Darling and Twiggy. I was introduced to drag shows by Miss Thunderpussy and I had two good friend who are no longer with us who I used to hang out with. First time I was introduced to London a hairdresser friend Andrew Cadbury Roe took me out. He showed me the Ghetto and Heaven. That's where I met Philip Salon and discovered the London Underground scene. I was blown away by Tasty Tim, Princess Julia and Lady Lloyd and wanted to be like them. Seeing Bjork, Kate Moss, Boy George and Pete Burns in the Ghetto, I knew I was home. I started partying with Jodie Harsh and she launched Circus with me as one of the main hosts. Then for years I heard my own parties where I urged everyone to dress up, then hosting nightclubs with Steve Strange. Now If I want a drink I go to Compton's or Freedom. I go to the Box if I want to go out for the night. It's not a gay club but it's open to everything. Soho is dying a death for many reasons. I see the future of bars in london being open for all. Not straight or gay.

You're someone who seems to be very in tune with social and political affairs. What or who gives you hope and in the same respect what angers you in the world right now?

Wikileaks give me hope. Julian Assange is a great man. He is a freedom fighter and opens up the awful crimes committed by those who rule us. I have had the honour of working with Vivienne Westwood on her Climate Revolution and recently her IOU - Intellectuals Unite movement. Activists Bianca Jagger, Joe Corre, Chelsea Manning, Charlotte Church, Snowden, Katharine Hamnett and Peter Tatchell also give me great hope. Anyone who uses the power they have for the greater good is fine with me. I'm angered by ignorance, lies and discrimination in all forms. We as a species need to be kinder to one another. The gay community are often first to judge or comment but I believe we need to stick together because there are more important battles to fight.

Finally, tell us briefly about some of the exciting projects you have coming up.

My first book will be published by Skira Rizzoli and launching along side my SCAD fashion/art exhibition "Be Yourself; Everyone Else Is Already Taken" which I hope to bring to the UK soon. I'm working on a few collaborations with fashion brands and I'm in two documentaries Battle of Soho & The Burn Punk London documentary about to be released. I have also just become Ambassador makeup brand Illamasqua and the The Tate's Circuit Program helping young people gain access to art galleries and educating them through art festivals and Late at Tate. I plan on conquering the art world this year and showing a series of portraits I have been working on with photographer Simon Harris. 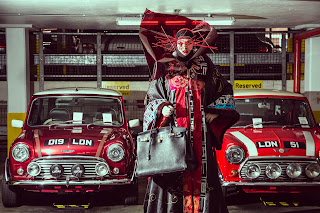 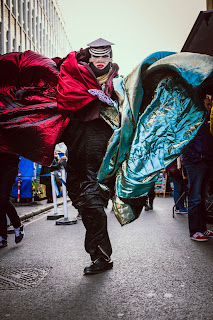 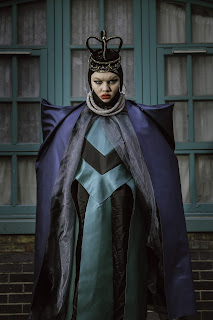 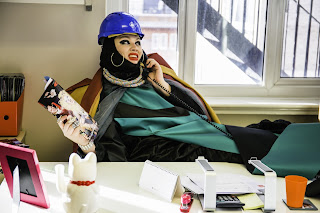 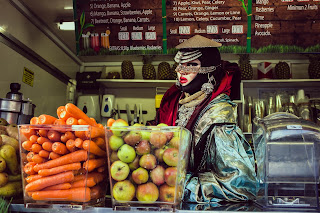 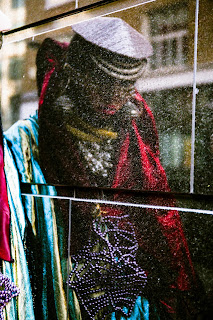