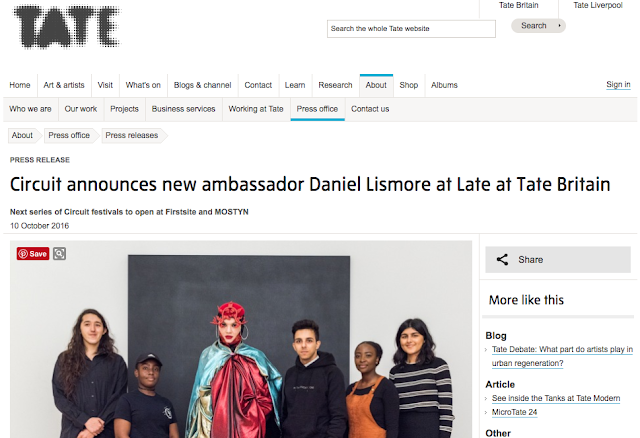 British fashion designer and stylist Daniel Lismore, joins BBC Radio 1 DJ Clara Amfo as the newest ambassador for the national Circuit programme in its final year. Led by Tate and funded by Paul Hamlyn Foundation, Circuit is a four-year programme for 15–25 year olds built on Tate’s long-term work with young people, often with the least access to museums and galleries. Circuit invites young people to the arts through festivals, partnerships and peer-led programming and is delivered across the four Tate galleries and partners from the Plus Tate network: Firstsite, Colchester; MOSTYN, Llandudno; Nottingham Contemporary; The Whitworth, Manchester; and Wysing Arts Centre and Kettleʼs Yard, Cambridgeshire.
Circuit ambassadors Daniel Lismore and Clara Amfo will both play a part in the Circuit programme. A new series of Circuit festivals partner at galleries Firstsite and MOSTYN.

New Circuit ambassador Daniel Lismore Daniel Lismore has a unique approach to personal style and self expression and is Creative Director of fashion label Sorapol. He is a champion of ethical and sustainable fashion and is widely recognized as one of Britain’s most eccentric dressers and daring fashion figures. To celebrate his role as the newest Circuit ambassador, Daniel joined members of Tate Collective London at Tate Britain, ahead of Late at Tate Britain: Mantra, on Friday 7 October, the fourth event in the 2016 series curated by young people as part of the Circuit programme.

Daniel Lismore said: Young people across the UK have really grabbed the opportunity to express themselves through the Circuit events they’ve masterminded over the past three years – fashion, art and music are so influenced by youth culture, it makes too much sense for young people to step up and put their own personal touch and creativity out into gallery spaces to be seen by as many people as possible. I’m excited to be a part of this landmark programme and I can’t wait to see what the young curators come up with for the new Circuit festivals.

Mark Miller, Circuit Programme National Lead said: Daniel is an excellent addition to our ambassador lineup; a true champion of inclusivity across the arts, and a young self-starter whose creativity has taken him to extraordinary heights, Daniel is a great example to Circuit young people of what is possible when you dare to turn your creative ideas into a reality. Our aim with Circuit was to demonstrate what young people can do and, provide them with the tools and guidance to do it – four years later, the programme has achieved significant positive impact for young people and the partner galleries. Our legacy programme in 2017 will be further testament to all the hard work, creative vision and personal development that’s taken place in the lives of these young people nationwide.

About Circuit Circuit is a four year national programme connecting 15–25 year olds to the arts in galleries and museums working in partnership with the youth and cultural sector. Led by Tate and funded by Paul Hamlyn Foundation, it provides opportunities for young people to steer their own learning and create cultural activity across art disciplines. Circuit involves Tate Modern and Tate Britain; Tate Liverpool; Tate St Ives and partners from the Plus Tate network: Firstsite, Colchester; MOSTYN, Llandudno; Nottingham Contemporary; The Whitworth, Manchester; and Wysing Arts Centre and Kettleʼs Yard, Cambridgeshire. https://circuit.tate.org.uk/

About Paul Hamlyn Foundation Paul Hamlyn Foundation was established in 1987 by the publisher and philanthropist Paul Hamlyn (1926–2001). Today it is one of the largest independent grant-making foundations in the UK. The Foundation’s mission is to help people overcome disadvantage and lack of opportunity, so that they can realise their potential and enjoy fulfilling and creative lives. It has a particular interest in supporting young people and a strong belief in the importance of the arts. www.phf.org.uk 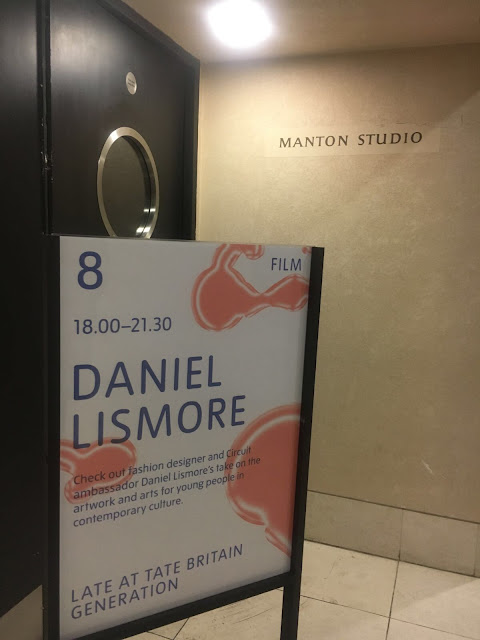