The creation of the works.
After exposing his 3D sculptures in US, Daniel needed an expert to give shape to his ideas for a new project to be featured at the Biennale Arte 2017 in Venice, as part of the Extraterrestrial Odyssey exhibition.
Daniel made his unforgettable appearance at on the 18th of April, where he communicated to our experts his concept through a basic sketch, that was turned into two incredible life size sculptures which integrated Daniel’s outlines with alien’s features.
The process started with a photogrammetry scan of Daniel’s face and bust, in order to give his appearance to the two sculptures commissioned. The artist wore hand made art works of couture embroidery made the project with metallic applications for the first scan, leading to the realization of “Bust 1”, and a tassels covered garment to be reproduced in “Bust 2”. 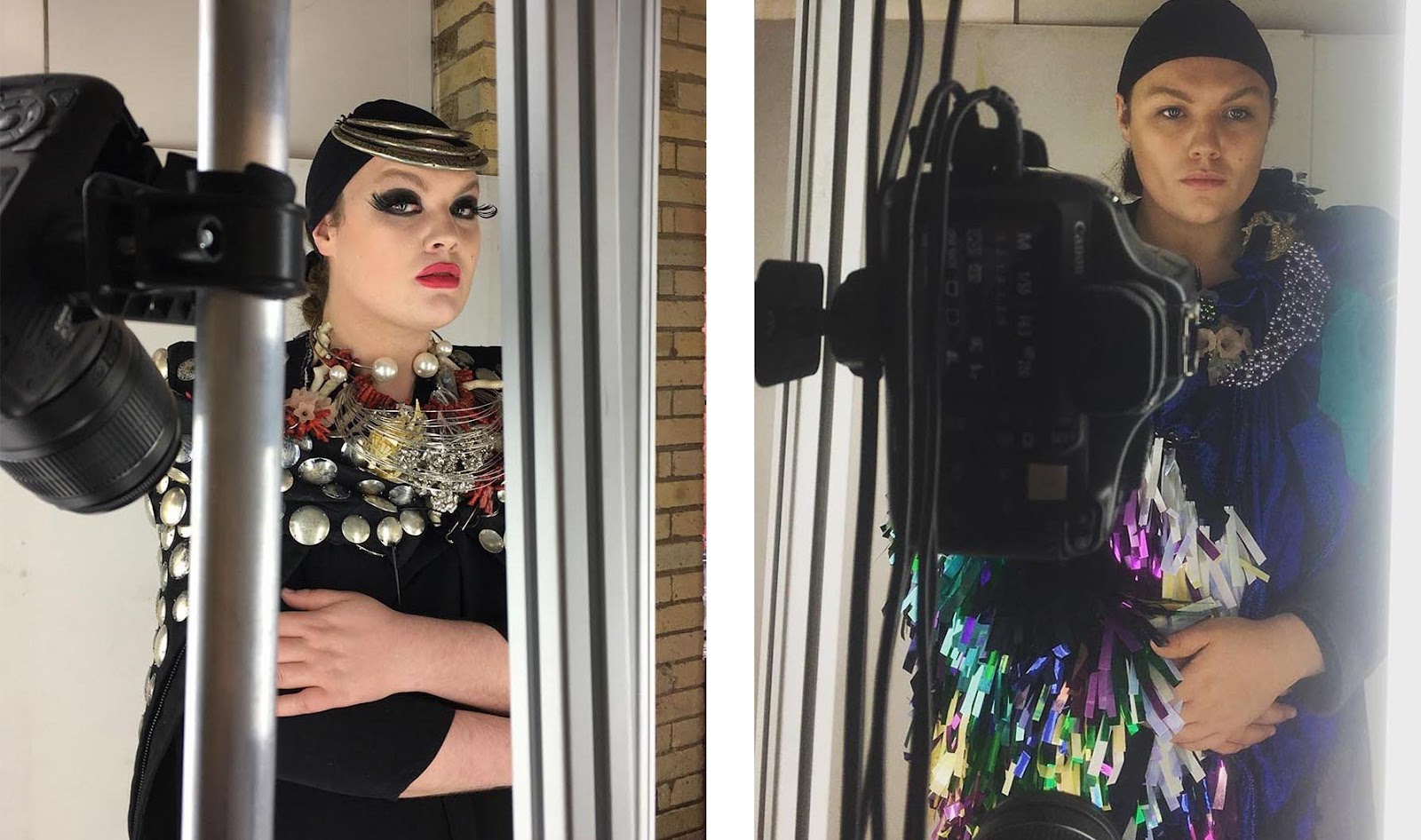 Subsequently, Daniel’s head was digitally combined and merged with a 3D model of a neck’s spine.
For “Bust 1”, Daniel’s jawline and head were elongated to give the sculpture an alien look; some dragon teeth and a broken chest skeleton were also added to the artist’s dress. A whole miniature skeleton was incorporated in the “Bust 2” garment, which tassels, flowers and pearls resulted in an intentional noisy scan. The experience was an “extraordinary achievement in such a short time”.
The entire process, indeed, from scanning, designing, digital sculpting and printing, to finishing touch and delivery, was extremely fast and efficient: it was concluded in only 22 days. 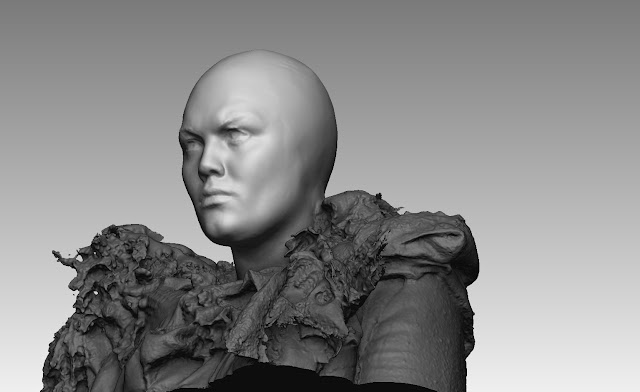 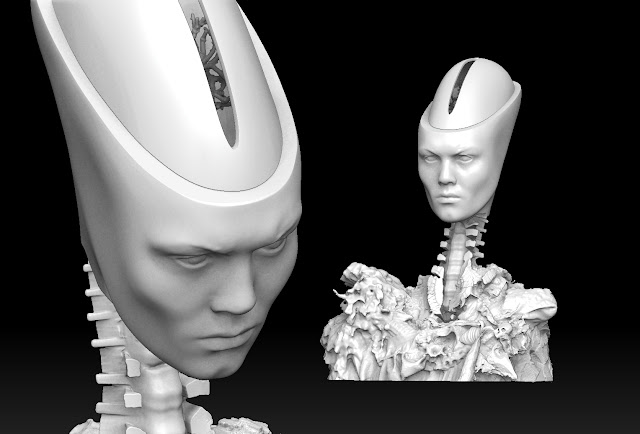 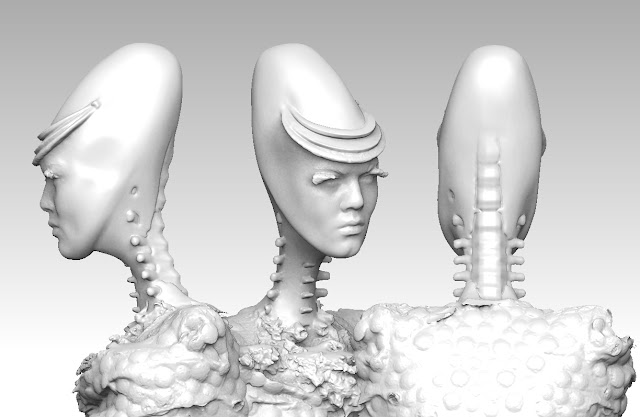 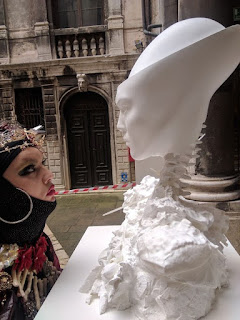 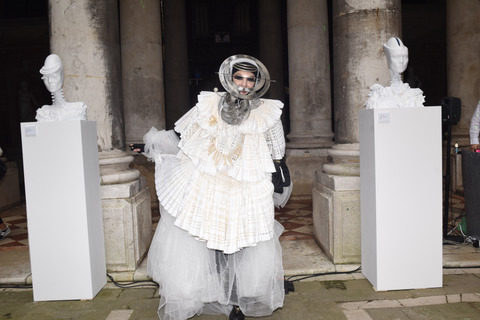