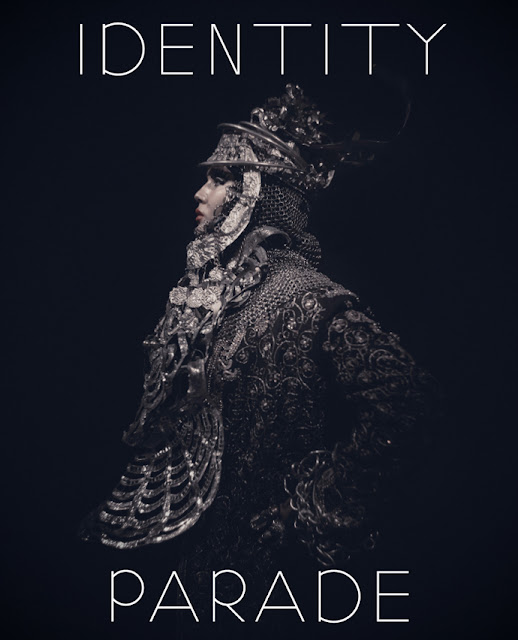 While all creatives, to an extent, invest their own identity in the act of creation, only a handful can successfully meld together self and sentiment to a place of inextricable convergence in order to power up their message. London-based Daniel Lismore – artist, host, creative director of fashion label Sorapol and political activist – is one of the latter group’s best young contenders (he celebrates his 30th birthday this year) and a creative who is considerably more intriguing than the easy-come blogosphere sound bites and life-lite visuals of Insta-world might have you believe.

With an outré-extravagant, heavily ornamental, nocturnal look that hovers on the borderlines of medieval-meets-oriental, Lismore is frequently misaligned in interviews as just another – albeit impressively put-together – darling of the club scene. But his extraordinary visual presence belies an impassioned belief in the liberating power of fashion and art, which is what’s made him a magnet for a wealth of iconoclasts and cultural icons such as Vivienne Westwood, Stephen Fry, Adam Ant, Boy George and even Julian Assange positing him as a genuine force for positive social change.

By default, not rebellion, striking looks have long been Lismore’s first line of communication. A remarkable-looking child growing up in the Midlands, and now a 6ft 4in man whose superbly dandyish daytime attire embraces an enigmatic mane of long, wavy hair, Victorian suiting and prominent millinery, Lismore has always made an impression. ‘I stood out anyway, so I always felt as though I should give people something to stare at. Even in our village I’d march around in platform shoes with cyber hair,’ he says.

At 17, having been initially scouted by Select Models (which ditched him almost immediately for fear his look was too ‘strong’), he moved to London (‘still the most brilliant cultural soup’), switched agency to ICM and began shooting for titles as influential as L’Uomo Vogue while also working as a ‘struggling’ photographer, at one stage even documenting the personal archive of the late, great and infamous fashion director Isabella Blow.

Clubland, in particular East London’s BoomBox and Anti-Social – both Noughties strongholds for Britain’s subcultural renegades – quickly became his playground, but initial requests by his agent not to be seen in his self-realised flamboyant glory, be that make-up or clothes, persuaded him to wear a mask while clubbing. This kick-started more extreme characterisations, including looks involving prosthetic legs and bin liners.

He describes the East London scene as competitive to the point of hostile, fuelling a switch to hosting for DJ/promoter Jodie Harsh’s Soho club night, Circus, ‘for which I would collect people from all kinds of other clubs – above and below the radar, from dodgy sex clubs to disco bars’, building his reputation as the Pied Piper of the weird, wild and wonderful. A bona fide ‘cool-hunter for freaks’, Lismore was once approached by photo-legend Mario Testino to help source unusual characters.

Dressing to impress, then as now, meant crafting an extension of his mood (‘not a persona – a reflection of myself’) as an intuitive activity. A typical look takes only 35 to 40 minutes and incubates as organically as it does swiftly, including instances when he’s picked items out of skips to alter his outfit en route. Looks, which he generally premieres on public transport, are rarely pre-planned and evolve from an insatiable appetite for pattern, shape and silhouette rather than a theme. ‘It’s not about anything and then it’s about everything,’ says Lismore. The ripple effect of such a life-as-art, access-meets-excess philosophy was substantial enough to make him Boy George’s first choice to play the legendary Blitz Club performance artist Leigh Bowery (a cult figure to whom Lismore is often compared) in Taboo, the musical based on the New Romantic club scene of the Eighties – a role he eventually declined.

‘Amazing as Bowery was, he wasn’t an influence. Until [fashion designer] Kim Jones showed me The Legend of Leigh Bowery [a 2002 documentary tribute] I was completely unaware of who he was,’ says Lismore, for whom the sticking point, and a key misconception to dispel, is that he does not see himself as a performance artist. For his role is less about performance in the traditional sense and more about absorption – a re-seeding and entwining of disparate cultures by way of social stewardship.

Following a childhood surrounded by the curios of his antique-dealer parents, and a seminal year, from 18, living with the Maasai in Kenya as part of an eye-opening charity initiative (‘I came back slightly broken, understanding the extent to which our world is so fabricated, and wanting to use that fabrication to make something better’), he is now professionally wedded to Bangkok-born fashion designer Sorapol Chawaphatnakul, with whom he co-founded the Sorapol label in 2011 after meeting at a club night (of course): the now-defunct electro midweeker Nag Nag Nag.

Running on the peripheries of mainstream fashion but with a staunch music-industry following (Kylie Minogue, Paloma Faith, Azealia Banks), Sorapol’s collections splice couture-level glamour with surrealist theatricality, influenced by poignant historical moments as diverse at tsars and tsarinas or their favourite rock’n’roll stars. Such is the power of Lismore’s magnetism that, for the first show, they hired a church; for the second, 1,500 fans descended on the Old Vic Tunnels in London.

Lismore’s personal compulsion to promote change is an especially pertinent consideration considering his access to and influence on youth culture – ‘I want to change bad ideas into better ideas, or at least educate people about what’s happening’ – but such a seductively rich visual persona – or in his case, a full-blown entity – doesn’t come without problems. Social media’s innate capacity to cement nuanced visual creations into flatly immutable stories has, he says, somewhat mournfully, ‘meant that it’s getting harder and harder to be or express myself’. It’s reached the stage where he now feels far more like ‘a voyeur than an exhibitionist. Most of the time, people are looking at the creation around me rather than me’, but the advantages of this outweigh the sacrifice; the entity has become an invaluable tool for making some real-world headway.

Lismore raised a significant sum for the rainforest-preservation charity Cool Earth by simply asking Vivienne Westwood (whom he regularly supports on her own Climate Revolution action plan) to attend a club night – a process, he says, which is about giving as much as possible. ‘Just as I did with Circus, I collect people. I put them in a room and make things happen. I’m a social alchemist.’ Which is exactly why he’s currently in the middle of divining a new venue that he describes as being ‘similar to Warhol’s Factory’: a space in which he and another collaborator, Chinese photographer Linda Cooper, will use as a visual studio and a destination for events and dinners. More connections. More transformation.

While the axes of Lismore’s numerous endeavours almost exclusively revolve around such highly visualised, ultra-socialised touch-points – as exemplified by his Westwood allegiance – it’s the desire for comparatively invisible, internal change that’s ultimately his deepest driving force. He recalls how an appearance on reality-TV show Made in Chelsea was cut owing to politicised comments regarding climate change – an experience that’s validated his decision to reject the multiple offers he regularly receives to star in his own reality show. All those baying for the screaming-drag-queen archetype have most definitely been disappointed. As married to extremity as his extraordinary, media-ensnaring looks may be, it’s the meaty, messy world of real life (and its infinite, fascinating and often hidden characters) that pushes Lismore’s buttons. Paraphrasing American writer-musician Gil Scott-Heron’s famous poem, he calmly reminds me that ‘the revolution will not be televised.’
words by Katie Baron
http://www.voltcafe.com/blog/daniel-lismore-identity-parade